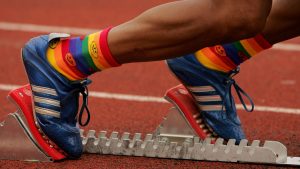 LGBT activism in the world of sports has seen a sea of change over the past 30 years. In Western countries, LGBT athletes have become increasingly visible and their issues have been brought to the political forefront. In North America, LGBT athletes have successfully fought for same-sex marriage rights, adoption for same-sex couples, and transgender and intersex people’s rights. This has resulted in a much more open environment where openly LGBT athletes are now able to compete at professional levels.

However, this openness is not shared in most parts of Eastern Europe or other post-communist areas that largely remain hostile to LGBT individuals. Here sexual minorities are often invisible but face severe discrimination in society if they do come out or publicly discuss their sexuality. Even when faced with brutality and criminalization, many activists still fight for their rights through underground movements despite the risks it may bring upon them.

In other parts of the world, there have been some success stories for LGBT activists who have been able to secure selective rights in certain places such as parts of South America, Africa, and Asia where anti-discrimination laws are being adopted by governments to protect its citizens from discrimination based on sexual orientation and gender identity. These efforts have helped create a safer environment for LGBT athletes who do choose to come out while also raising awareness around these issues within various sporting communities.

At the same time, however, there is still a great deal of work that needs to be done when it comes to supporting and protecting LGBT people in sports worldwide. This includes introducing policies that support diversity within sports organizations, creating safe spaces where members can freely express themselves without fear of judgment or persecution, and providing the necessary resources needed so that everyone can participate in sports regardless of their sexual orientation or gender identity. Only then will we see true equality and acceptance among gay, lesbian, bisexual, and transgender individuals across all sports leagues internationally.